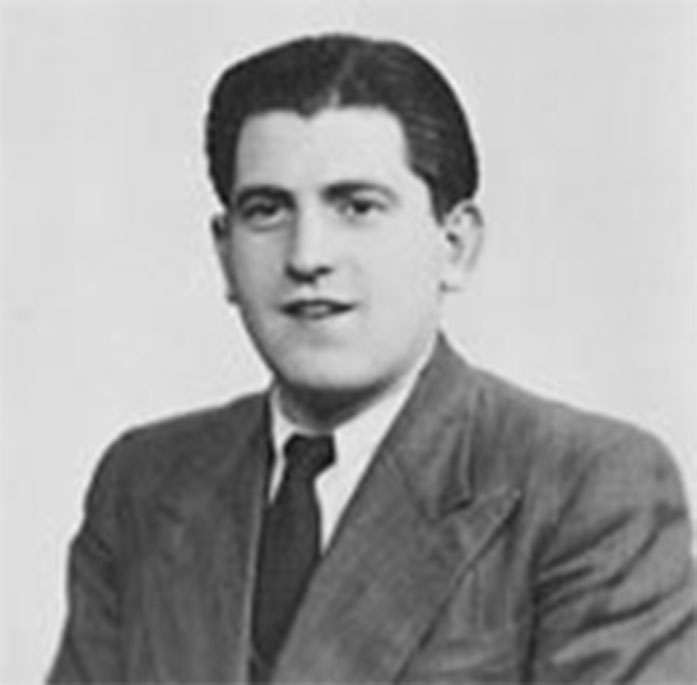 When BBC Radio broadcast The Edward Kassner Story in July 1991, they were paying tribute to one of the great pioneering music publishers of the post-war era, a man widely recognised in the popular music industry around the world. For Edward Kassner, music was more than just a business: it was a guiding light, the lucky talisman that never deserted him throughout a long and successful career.

Born of Jewish parentage on the 28th February 1920 in Vienna, Austria, Edward had aspirations of writing operas at an early age. Unfortunately, any plans the young composer may have had to realise these aspirations were cut short by Hitler’s annexation of Austria. At seventeen, Edward was forced to flee his home, escaping across Germany to Holland, Belgium and eventually England, surviving by a combination of his wits and his music.

Once in England, like many fellow German, Austrian and Italian refugees of the time, Edward was interned and deported to Australia on the SS Dunera. Later allowed to return, he joined the British Army, serving in France and Germany from 1941-1945 as an interpreter attached to a Canadian tank corps regiment, the Manitoba Dragoons. By 1944, he had married his wife Eileen, started his company, The Edward Kassner Music Co. Ltd. and had the first of his five children, Monica. One night in France, just after receiving word of the birth of his daughter and during heavy bombardment by the Germans, Edward wrote what would, in 1946, become his first big hit. Sung by Vera Lynn, it was entitled How Lucky You Are.

By the early 50s, Edward Kassner had amassed a string of hit songs with recordings by some of the most famous artists of the day, including Frank Sinatra, Perry Como, Nat King Cole, Vera Lynn, Anne Shelton, Dinah Shore, The Inkspots, Donald Peers and Mantovani. Already he had seen the advantages of working on both sides of the Atlantic and in 1951 he had opened an office in New York. His ability to pick a winning song and then to sell and promote it with apparently boundless determination and energy established his reputation as one of the hottest new publishers to emerge in the post-war era.

Broadway Music Corp acquired in the US

Ambitions for a Kassner worldwide music publishing empire began to grow with the acquisition of catalogues including Cecil Lennox Ltd., Harry Roy’s J. Norris Music, Yale Music and, by the end of the decade, the US company of Albert Von Tilzer, Broadway Music Corp. Broadway held the rights to American standards such as You Made Me Love You, I’ll Be With You In Apple Blossom Time and Take Me Out To The Ball Game and its purchase was a sign of Edward’s intent to become a major player on the international music scene.

Edward’s defining success, however, was a song that changed the face of popular music – Rock Around The Clock. Always a gambler and innovator, he paid $250 for something that many of his contemporaries had turned down. Yet, within eighteen months, Rock Around The Clock was a sensation, on its way to becoming one of the most performed songs of all time and generating record sales of more than 170 million. Today it holds pride of place in Washington’s Honour Roll Of Hits and is much sought after for film and television usage as the definitive musical icon of the ’50s.

Displaying a unique ability for spotting raw talent, Edward Kassner’s successes during the late 50s and early 60s spanned a wide range of musical styles and tastes. From the classic rhythm and blues of Chuck Willis, whose mournful I Feel So Bad was recorded by Elvis Presley, to the teeny pop of Bobby’s Girl, to big ballads like the Ivor Novello award-winning Portrait Of My Love, the hits kept coming. The catalogue swelled with some of the era’s most fondly remembered songs, such as White Rose of Athens, Java, With These Hands, Shout! Shout!(Knock Yourself Out), Close Your Eyes and Pepe.

The signing of The Kinks

Then in 1964, with the British invasion in full swing, a band called The Kinks was signed to a management and publishing deal. A string of worldwide hits ensued, starting with You Really Got Me, followed by All Day And All Of The Night, Tired Of Waiting For You and A Well Respected Man. Apart from establishing what is now widely considered an entirely new genre, this early period of Ray Davies’ creativity has provided hits for such international artists as Van Halen, The Stranglers and The Pretenders.

After almost twenty years, England had again become the focal point of Edward Kassner’s business. With the arrival of the singer-songwriter limiting the traditional role of independent publishers, the need for an affiliated record company became apparent to Edward. In 1966, he set up President Records Ltd and, within a year, the label had achieved its first chart successes with records by The Symbols and Felice Taylor, the latter a top 20 entry for the Barry White-co-written I Feel Love Comin’ On.

Eddy Grant and The Equals discovered

Edward’s next discovery was Britain’s first successful racially-mixed group, The Equals, who stormed to the top of every European chart with Baby Come Back written by teenage band member Eddy Grant. Eddy Grant, whose father would have preferred him to become a doctor, acknowledges that Edward Kassner is responsible for his musical career. Indeed, there is a long list of artists, composers and music business leaders who would say the same of themselves.

Success continued through the ’70s for both the Kassner publishing and record companies. A licensing deal with a small Miami-based independent record company, TK Records, brought the 1974 disco phenomenon and best-seller, Rock Your Baby by George McCrae to the UK, giving President its second No.1. On a visit to TK’s recording studios, Edward heard the B-side of a then unknown group and again proved his uncanny knack for judging popular taste, announcing that “in the UK this would be a smash”. He brought the tapes back to England and within a matter of weeks Queen of Clubs was high in the UK Top Ten, leading to a run of hits for K.C. & The Sunshine Band.

The ’80s saw production deals with rock legends Denny Laine, Eddie Hardin, Mike d’Abo and Ray Fenwick and, most significantly, keyboard wizard Rick Wakeman, whose long association with the Kassner group, first as artist and then as writer, has produced over thirty albums and more than a hundred copyrights. Edward continued at the helm of the Kassner group until his death in 1996. He left a legacy of one of the great independent music organizations which his son, David continues to grow today. President has become one of the longest-established independent record companies, owning many hundreds of master recordings, while the publishing companies own more than fourteen thousand copyrights.